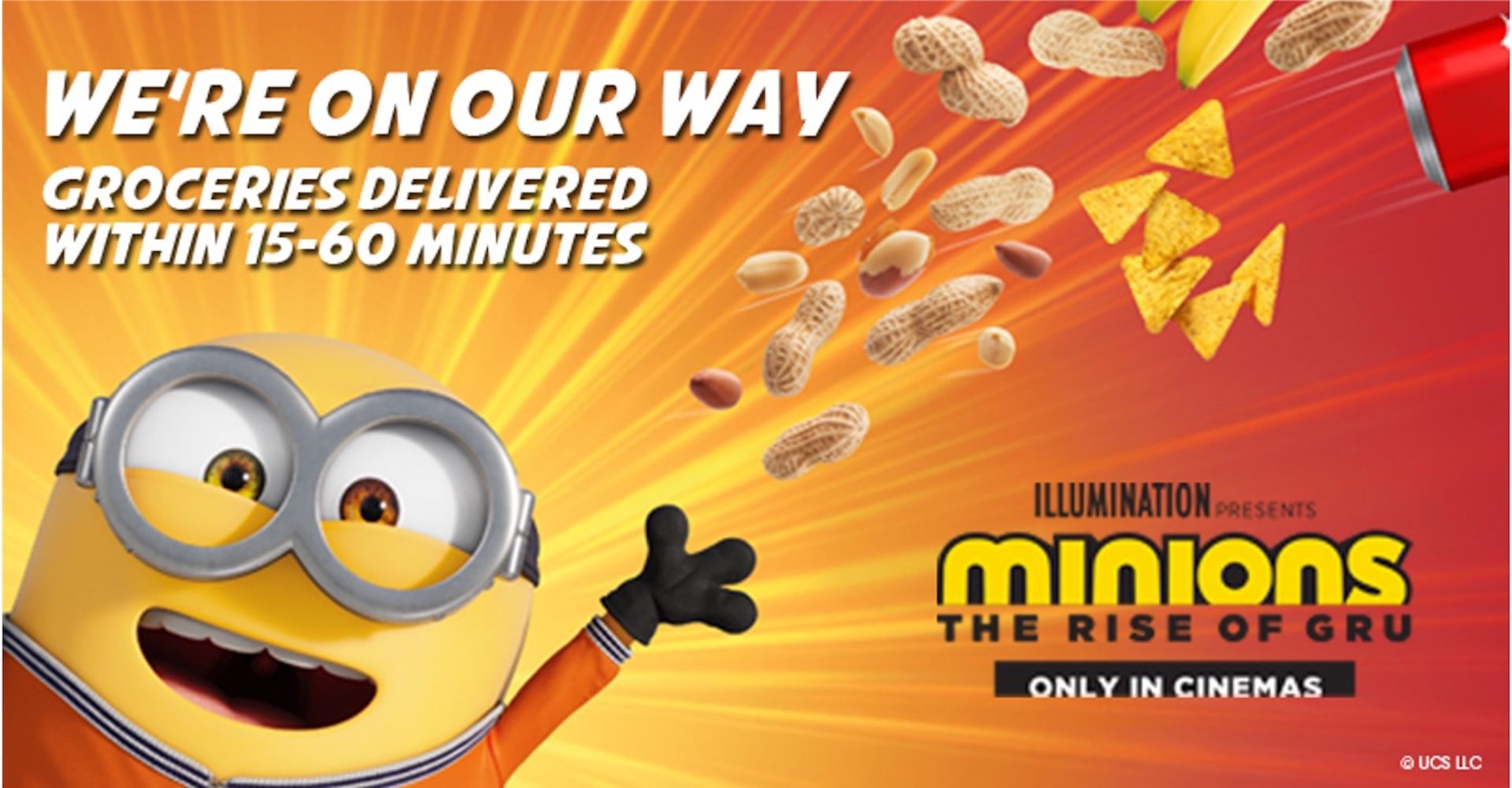 To celebrate the long-awaited release of Minions: The Rise of Gru on 1st July 2022, we partnered with Beelivery, the UK’s largest rapid grocery delivery service. This sector was a key target category for Universal and Illumination,

given the sector’s huge growth and popularity in a post-Covid-19 consumer landscape. Illumination wanted us to introduce the Minion character Otto, injecting humour and irreverence into the partnership’s narrative. 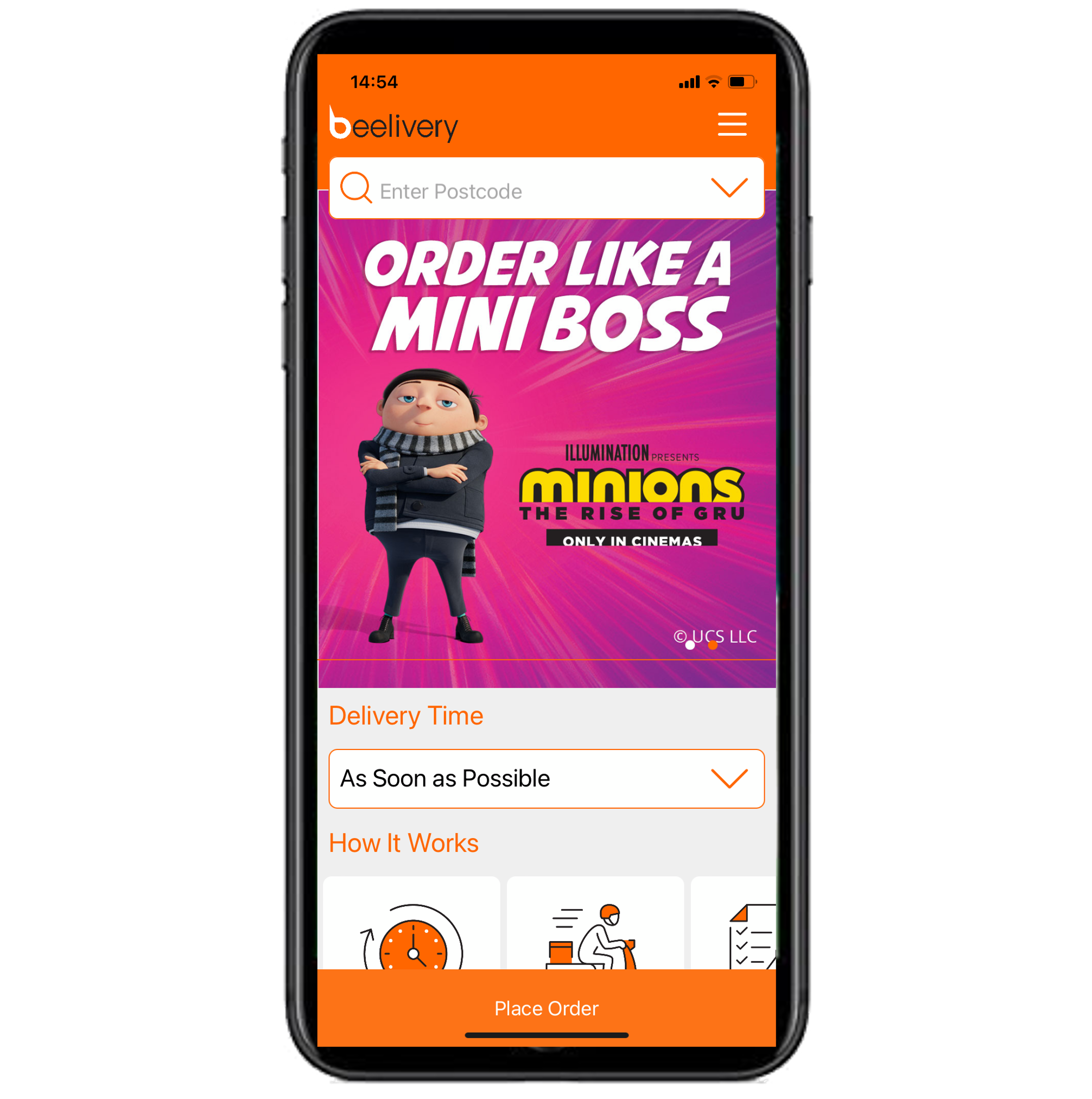 Using the Minions: The Rise of Gru trailer titled ‘We’re On Our Way’ for inspiration, we produced an integrated campaign with Beelivery, drawing playful comparisons between their dedicated delivery services and Otto’s epic road journey to reach Gru. 30 second and 10 second

TV spots were aired on mainstream broadcast channels for 6 weeks, alongside a Google Ad campaign plus the creation of limited-edition grocery bundles, inspired by the film’s characters, encouraging consumers to ‘Order like a mini boss’ and ‘Snack like a

supervillain’. There was a full takeover of Beelivery’s website with Otto taking the place of the usual driver icon on the Beelivery app once an order was on its way. The brand also ran a competition with the chance to win a trip to San Francisco, where the film is set.

The paid digital activity achieved over 4.3 million impressions over the campaign period, driving brand awareness and increasing customer acquisition and order numbers for Beelivery. Surveys showed that 23% of people who saw the campaign visited

the Beelivery website after seeing the promotion, with 11% making a purchase. The campaign exceeded benchmarks in terms of driving conversion and campaign recall, proving it to be a huge success for both Beelivery and our client. 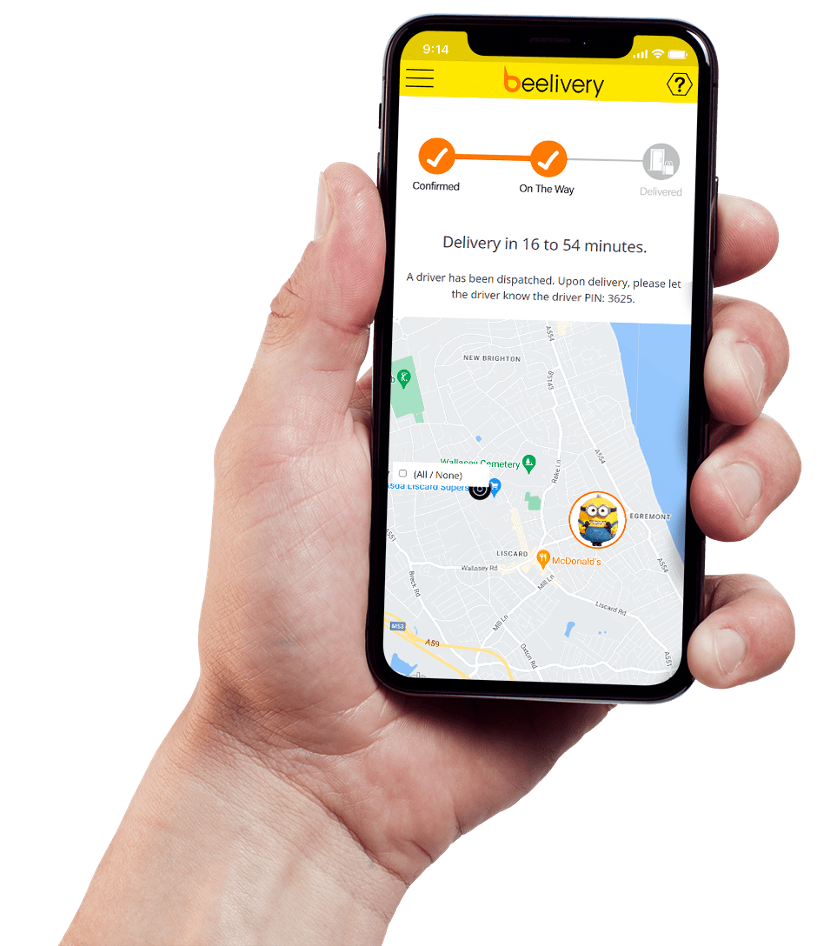