As one of Universal Pictures’ tent pole releases of 2018, Jurassic World: Fallen Kingdom required a heavyweight partnership to promote the film in channels that the studio’s own marketing campaign wouldn’t reach.

Leading oil and gas company BP were looking for an eye-catching promotional campaign that would help drive incremental fuel sales during the summer period. The brand needed a marketing campaign that engaged adults and equally appealed to families and kids. 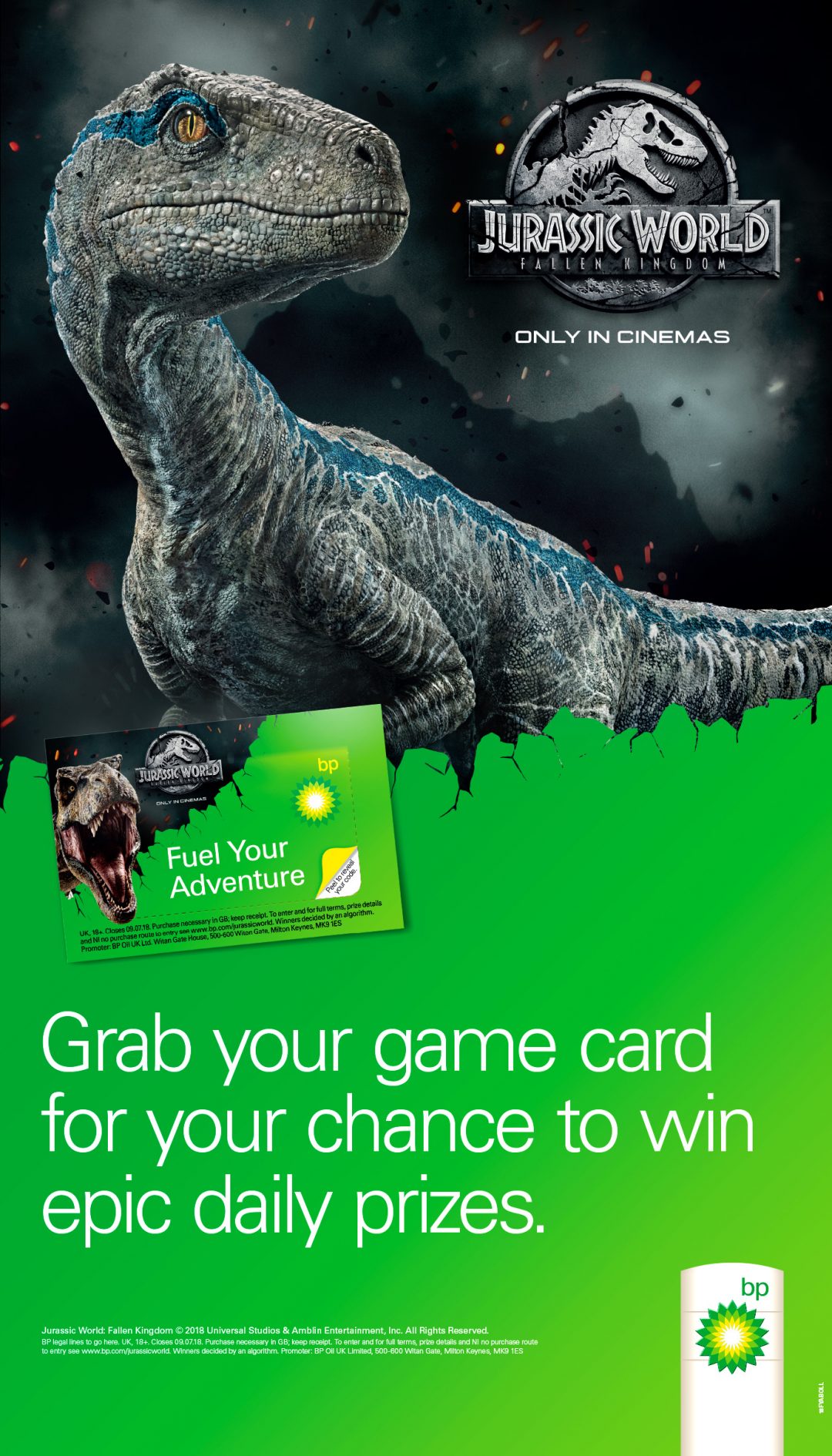 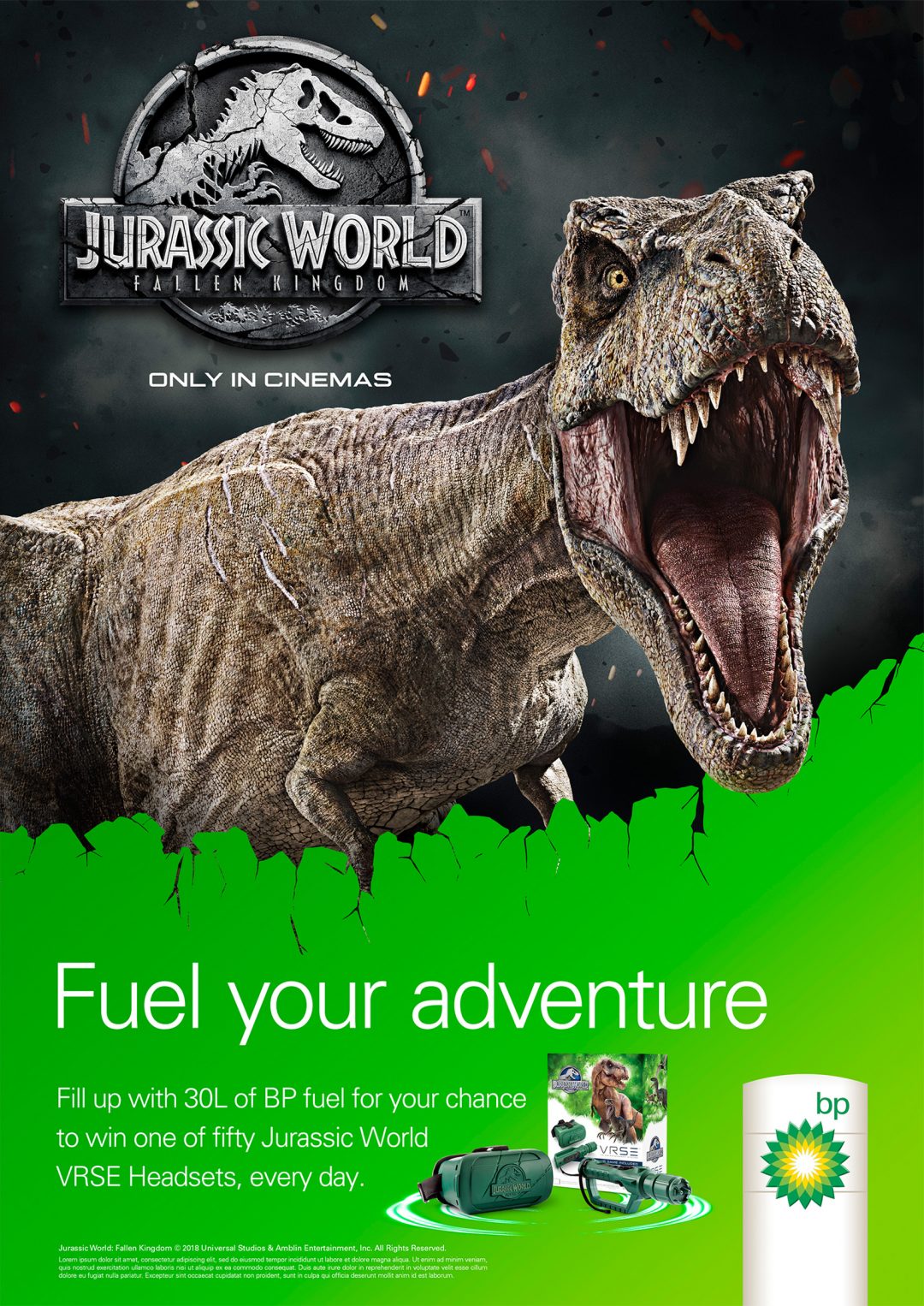 Brand Culture negotiated a promotional partnership with BP and their agency, resulting in a multi-channel marketing campaign. The movie franchise with themes of evolution, innovation, advanced technology and adventure fitted BP’s brief perfectly, while partnering with the brand also helped steer a mass audience of families and drivers to the cinema.

Under the strapline ‘Fuel Your Adventure’, key dinosaur characters from the IP were featured across all of BP’s major touchpoints, including forecourt and in-store takeovers, as well as digital and social media activations.

The promotion drove engagement by offering consumers the chance to win a trip to Hawaii, as well as 50 Jurassic World VRSE headsets to be won every day during the 8-week promotion. From a digital hub which housed the simple online mechanic, BP also offered a downloadable Jurassic World activity pack, created bespoke for the campaign to entertain families on long journeys. 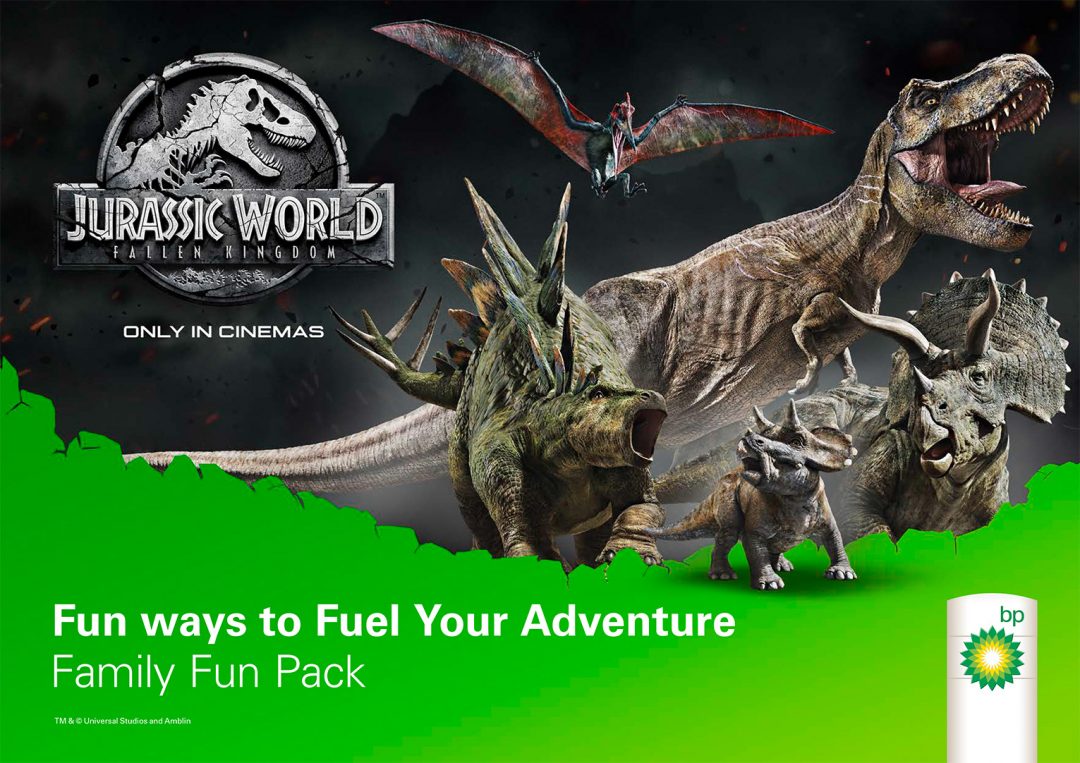 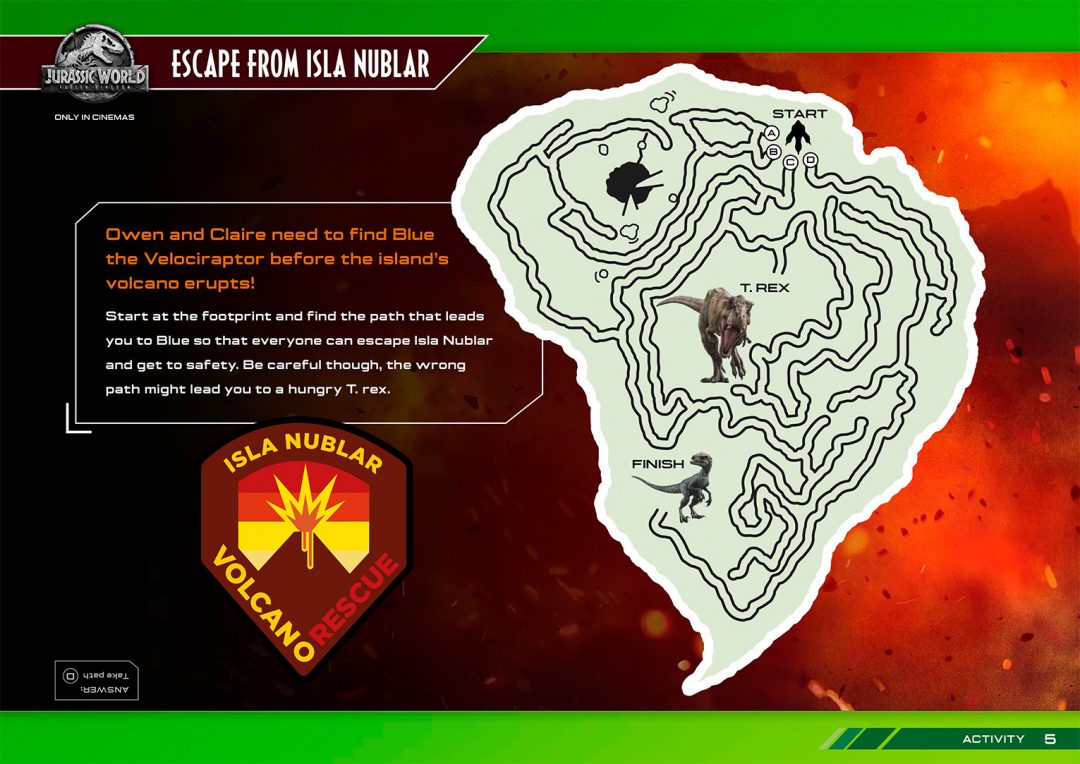 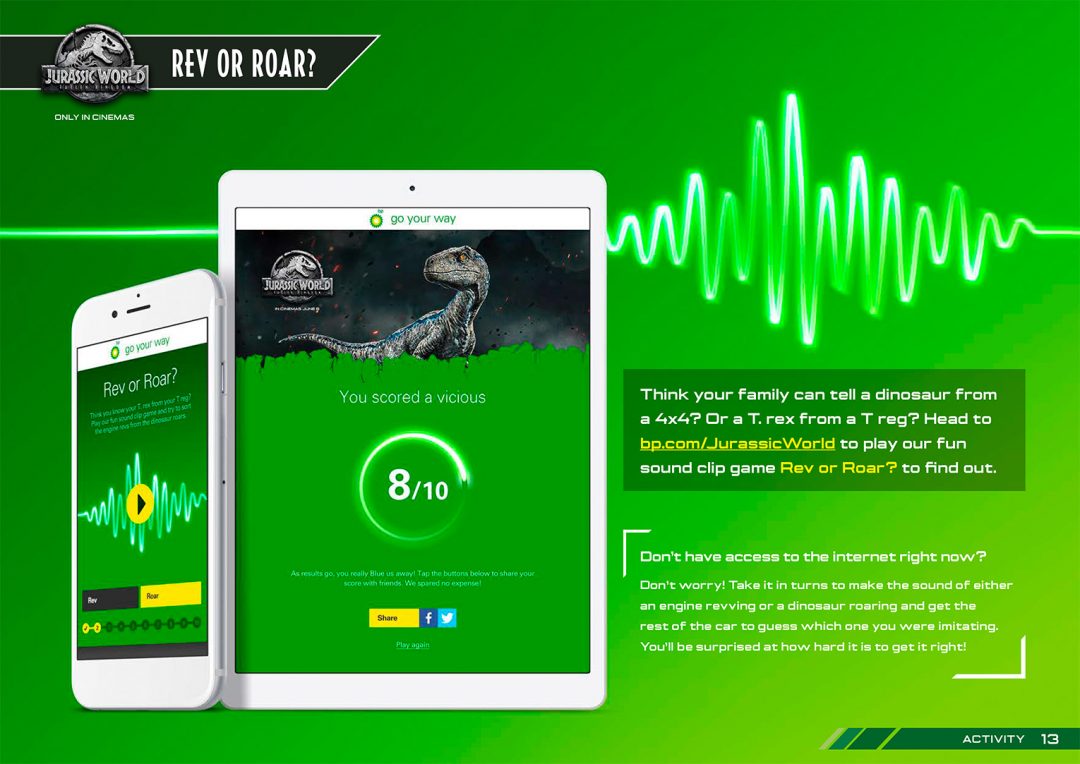 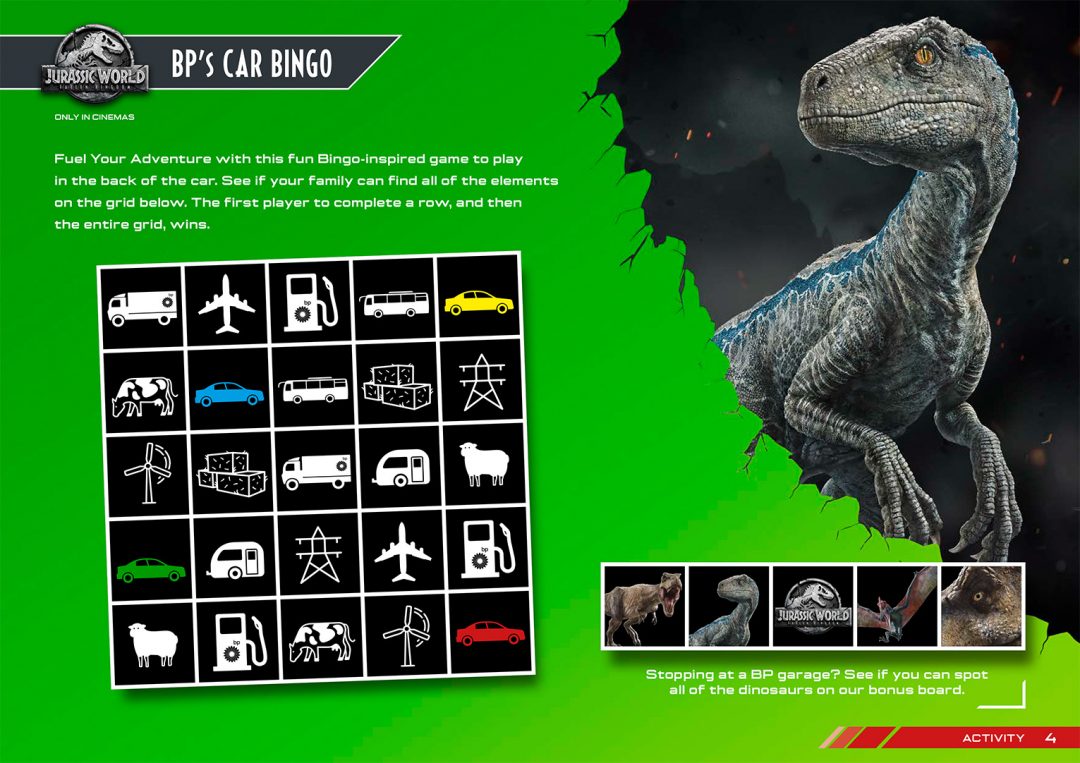 Co-branded OOH advertising and promotional POS pushed the campaign across 1,200 BP service station forecourts, offering consumers the chance to win themed prizes with the purchase of BP fuel. The campaign saw an astonishing 130,000 entries and over 2,000 winners.

From a Universal standpoint, the campaign contributed towards the impressive final Box Office figure of £41 million in the UK.