How music partnerships are keeping it real for Gen Z 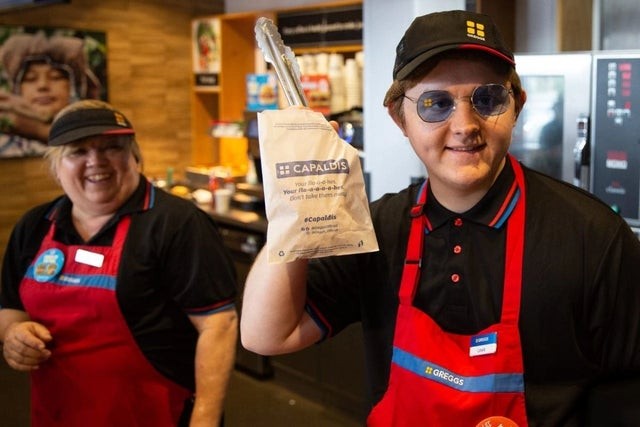 Gen Z expect realism and honesty from brands. For example, Ad Age’s annual Gen Z study found that 79% of this generation will trust a company more if the images its brand uses are not photoshopped. So, when it comes to the consumer passion point of music, partnering with relatable talent really can make all the difference to building powerful bonds with this audience.

Take Lewis Capaldi, for instance. The man of the moment comes across as unmanufactured and unscripted, with a fun, self-deprecating personality and a level of openness that makes you feel like you actually know him. This is refreshing for any audience, but for brands targeting Gen Z, who also place such importance on personalisation and live experiences, it becomes even more powerful.

Capaldi is no stranger to brand partnerships and endorsements, seeding fun promotional content via his social media channels for the likes of Deliveroo and Tinder in a way that feels organic and natural. Adding value to fan connections as opposed to interrupting them doesn’t only mean he can work with brands on a more regular basis: it also means a brand’s content production costs remain down to earth.

Samsung recently partnered with Capaldi around the Brit Awards, where TV spots during the show told the story of a secret pop-up gig, which was also shot and mixed with a Samsung Galaxy S20 before being live streamed to Piccadilly Circus, Westfield and Samsung’s KX store. It was a memorable and genuine experience that got fans up close and personal with the star.

Greggs, meanwhile, tied up with the singer-songwriter in a great activation that gave Capaldi’s Glasgow gig audience wrist bands entitling them to a free steak bake in Greggs. Capaldi’s fans were well aware of his penchant for the baker’s pastry, with lots of organic references to the brand on his social media channels. On stage at the gig, Capaldi said “Justin Bieber wouldn’t give you a free Greggs, right?” And if truth be told, I could never imagine Bieber giving his fans anything as un-aspirational as a Taco Bell voucher. But for Capaldi’s fans it came across as a welcome, relevant and authentic gift, rather than a forced paid-for brand plug. It was perfectly balanced, rather like a Greggs sausage roll. After the gig, fans descended on a local Greggs which held a bit of a party, with one admitting “I love you Lewis, but I love Greggs a wee bit more!” Both brand and artist generated significant positive buzz and PR. For brands engaging Gen Z, honesty certainly does go a long way.